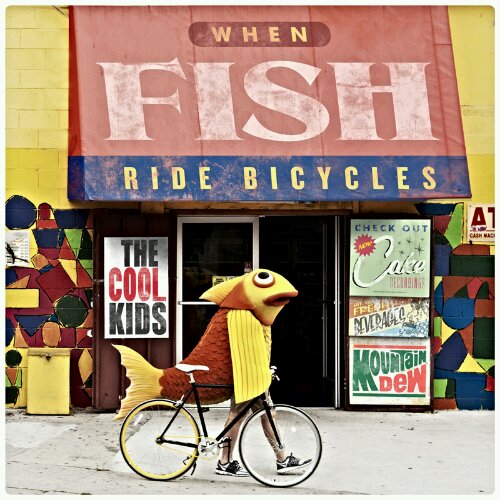 Two more joints leak from The Cool Kids official debut album, When Fish Ride Bicycles, which drops July 12th – only one week away.

I haven’t heard “Gas Station” since like 2009 when Chuck & Mikey played me the first incarnation of the album. It’s changed a lot since then, but I’m glad this joint still made the cut. We also have the long-awaited Pharrell joint. Please cop the album next week.