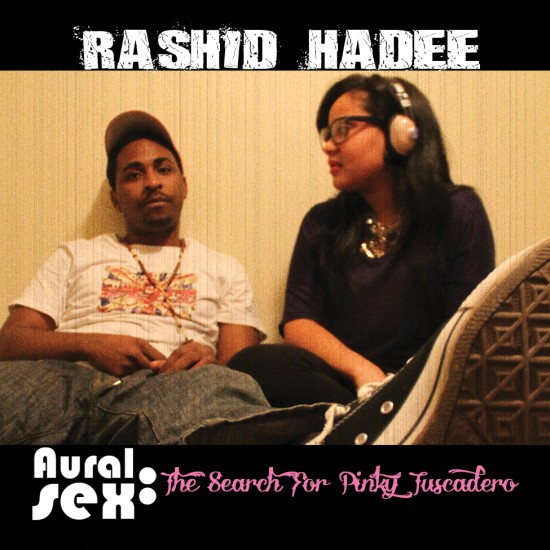 After some time away from the game, Rashid Hadee releases his new album Aural Sex: The Search For Pinky Tuscadero, which just dropped today. You can now check out the album, as well as view the new video below the cut. The album has a pretty good backstory, so check the official press release:

Honest Management presents the highly anticipated album by Rashid Hadee entitled Aural Sex: The Search for Pinky Tuscadero. Aural, as defined by Merriam-Webster is an adjective meaning: Of or relating to the ear or the sense of hearing. Pinky Tuscadero is a character from the television sitcom Happy Days who is pretty much the female version of The Fonz, ultimately making her the coolest chic. Aural Sex: The Search for Pinky Tuscadero, as define by Rashid Hadee, is a concept album that takes you through the highs, lows, drama, excitement, danger, reflection, realization, pursuits and sexual exploits of a young man on a quest to find his perfect mate. The album was produced by Hadee (sans one song) and features a couple of guest emcees and vocalists. Rashid Hadee demonstrates his musicianship throughout the project, playing keys and bass guitar on several tracks. His shining moment is The Temperatures Rising, the only song that is completely free of samples. The lead single; Back On My Grind, is the setting to this auditory theatre labeled Aural Sex: The Search for Pinky Tuscadero.

Hit the jump for Hadee’s “Back On My Grind” video…

Rashid Hadee “Back On My Grind”