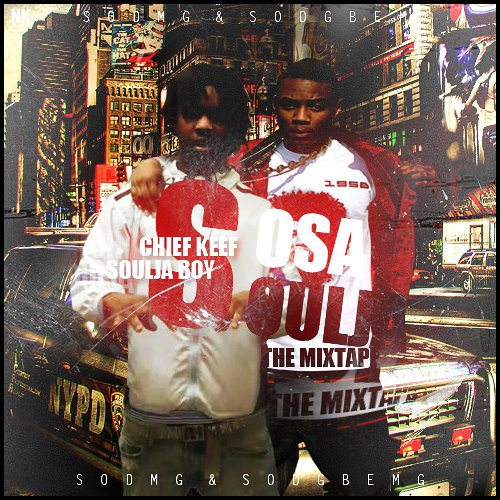 Keef has inked with SODMG and Soulja Boy — but  in what capacity, I’m still not sure. Is it a label deal? Or is it just a cosponsor type of thing?

Apparently Keef’s “chaining day” will take place any day now, but in the meantime the cover art for their collabo mixtape Sosa Souja has dropped. These two and their respective crews are already a few joints in, and at the pace these two record, I’d expect to see it sooner than later.