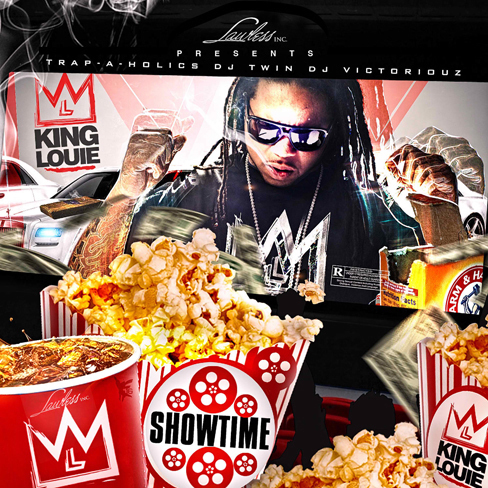 2012 has been a busy year for King Louie. He’s on his second mixtape (he already has two more in the works), dropped a slew of videos, signed a major label deal with Epic Records, and been name-dropped by Kanye West on the biggest remix of the year. That’s pretty productive I’d say.

Showtime is cohesive and reminiscent of projects like Chriaq Drillinois and More Boss Shit — it’s pretty much a street album. So enjoy another movie while we wait on his major label debut, Dope & Shrimp. Lights, camera, action.