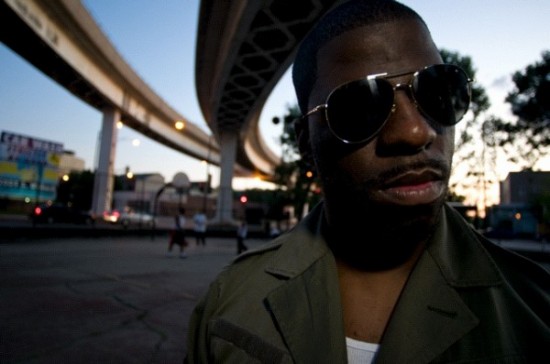 Last week, in a guest post on the DonnieNicole blog, El Che had some choice words for Chief Keef and his influence. In the post ‘Fest titled Chief Keef Is The Bomb, he opens up about Keef, and the corporations that stand to profit from him.

The column popped up all over the internet, so this morning Fest dropped WGCI’s Tony Sco and The Morning Riot to clarify his statements, and explain the reasoning behind them.

You can read Fest’s column below…

Chief Keef is a “Bomb”, he represents the senseless savagery that white people see when the news speaks of Chicago violence. A Bomb has no responsibility or blame, it does what it was created to do; DESTROY! Notice, no one is talking about the real culprits, the Bomb maker or the pilot who is deploying this deadly force (Labels, Radio Stations). Its easier to blame the bomb. Bombs are not chosen for their individual talents, they are tools used for collateral damage.

To think of the persona of Chief Keef as a person would be the first mistake, he will more then likely come and go without us knowing much of anything about his personal pains, struggles, great loves and ambitions beyond rap. He is a spokesman for the Prison Industrial Complex. Every corporation is expected to grow at least 4% each quarter, many prisons are privately owned with stock being traded on the open market. If these corporations were to do commercials, jingles and promotions who would they hire? You got it, most of the main stream rappers we salivate over like Rick Ross the former correctional officer turned Drug Lord Boss rapper. Waka Flocka Flame gang bang “GO HARD IN THE PAINT” and Chief Keef the newest lottery pick in the “Get paid to destroy young minds, like we destroyed yours” Sweepstakes.

Many people will say “Chief Keef is a young black man making money who wouldn’t have had any other opportunity, why isn’t this a good thing?”. Which brings us back to the question, who is bank rolling this operation and why? This could only be described as an opportunity for this young man if he was recieving artist development, responsible mentorship and counseling for his obvious trauma. By the way, Major Record labels always put million dollar life insurance policies on artist of this nature so that they get paid one way or the other. My suggestion to the rest of us who would love to see the mushroom cloud from this explosion, BE CAUTIOUS! The affects from this type of Bomb can last for centuries. Lets stop giving our intellectual power resources and admiration to destructive forces while ignoring and starving out the good that is being done,sung and rapped about by artist like Killer Mike, Lupe Fiasco, RhymeFest, Dead Prez, Brother ALI, Maimouna Yusef, Invincible, Jean Grey, Mikkey Halsted etc.

9 thoughts on “Rhymefest Speaks To WGCI About Chief Keef Incident”