A.J. Crew’s been pretty quiet as of late, but that changes as he’s ready to release his The Reality Of It All project. For the first offering from it, Naledge joins A.J. on “Nah Mean” which was also produced by Mr. Crew. Expect A.J.’s new LP to impact later this year.

Hit the jump to download the mp3. Also, Naledge will be performing live at Reggie’s tonight along Gary’s Fitz Fonzarelli and more. You can check out the details below. 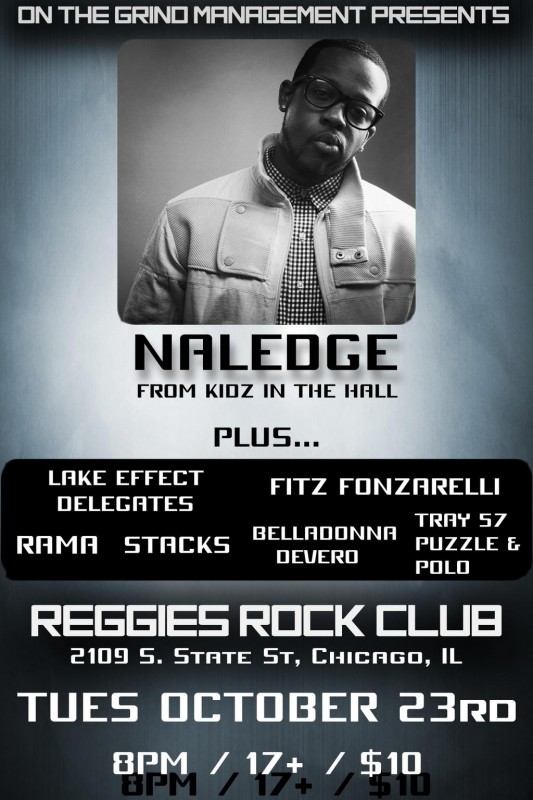