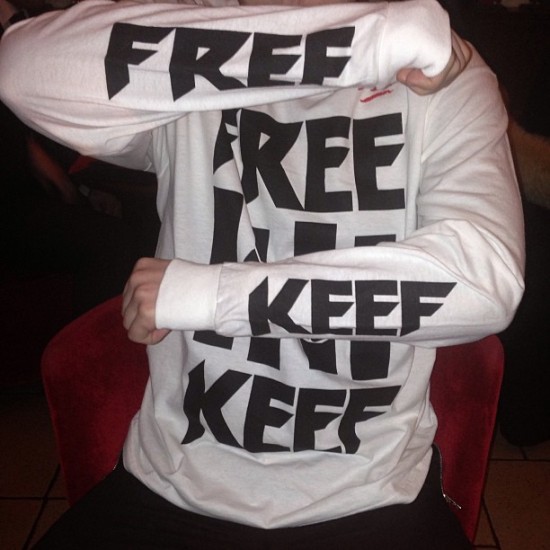 Designer and creative mind, Virgil Abloh, and his BEEN TRILL collective have partnered with GBE and Chief Keef to release the official Free Chief Keef shirt.

Official collab. BEEN TRILL & CHIEF KEEF. Proceeds to make all these Chicago killings not cool, which is creatively cool. ##

No word on when or where these shirts will be available, but hopefully soon as Keef is set to be released on March 14th.