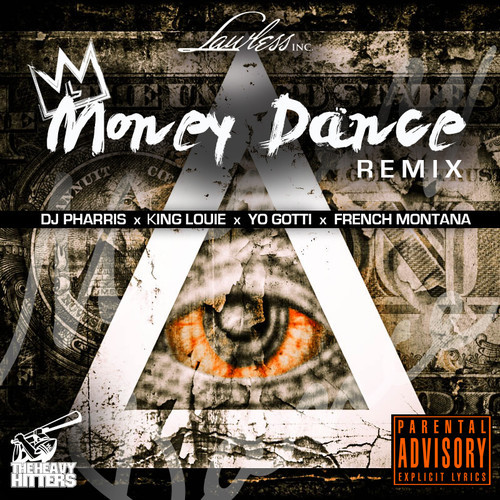 The O.G. version of “Money Dance’ first appeared on King Louie’s Hardbody mixtape with Boss Woo and Sno Boy that dropped back in  the summer of 2011. Two years later a remix finally surfaces. I always thought Louie could’ve pushed this record as a legit single, so it’s nice to see it getting a second life. DGainz, who is best known as a videographer and director, did the beat here, which was a bit of a local anthem here a few summers ago.

I was under the impression that DJ Pharris was holding this joint for his forthcoming album, but I’m not sure if that’s the case any longer. Either way it’s here for your consumption. Now do the money dance to this. No seriously.