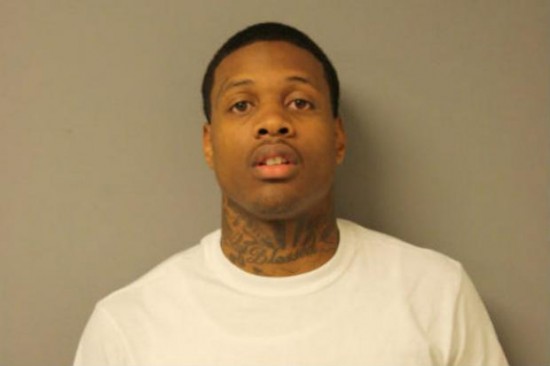 DNAInfo is reporting that Lil Durk was arrested earlier this morning after being caught by police with a loaded handgun.

The 20-year-old rapper, whose real name is Durk D. Banks, was picked up at about 3 a.m. in the 7200 block of South Green Street, police said.

Lil Durk was standing near a car when police rolled up to investigate a call of a man with a gun. As police arrived, Lil Durk was spotted tossing a gun into the car, a source said.

Police recovered the gun — a loaded .40-caliber — and arrested the rapper without incident, the source said.

Lil Durk, who has a suburban Melrose Park address, was charged with unlawful use of a weapon by a felon and is expected in bond court on Thursday. It is his second offense, police said.

Damn. Stay tuned for more details. Durk is due in court on Thursday.