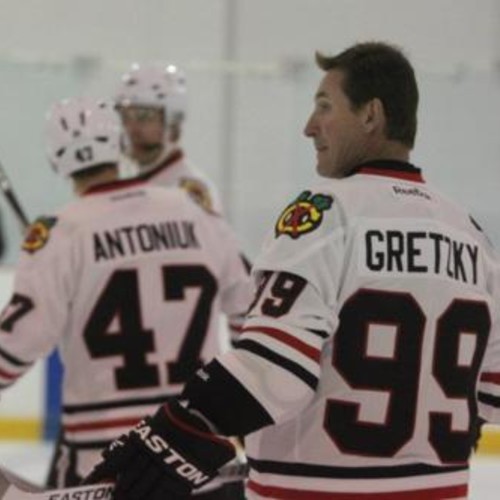 Song title of the year? Possibly. What better way to bring the Stanley Cup back to Chicago than by ShowYouSuck quickly churning out a 2013 championship anthem? Over the best song from Excuse My French at that! He knocked out this bad boy in a little over an hour, so you might as well give the Cup to Show upon it’s return to the Chi. He ain’t worried ’bout nothin.

And yes, I know that Wayne never played for the Hawks, but he did wear a jersey in practice once. But at the end of the day, he’s still a ProStar so he’s straight with me. Congrats!

Congrats to the Hawks