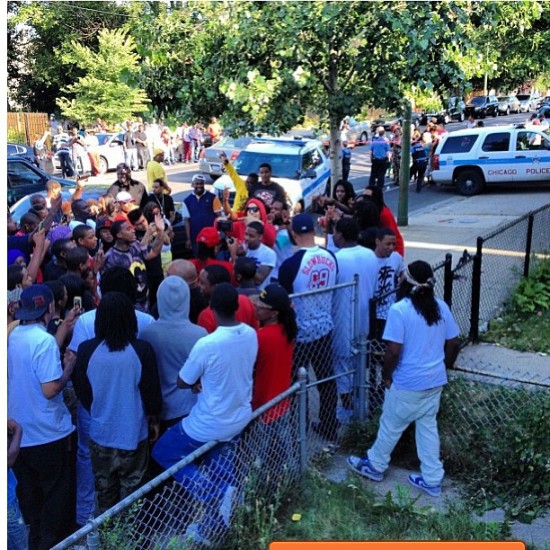 Frenchie has been quite active during his stay in the Windy City, as last night the Bad Boy hit Pressure Point Studios with Durk, Lil Reese and Young Chop to record new music. This was after two appearances and performances at Sawtooth and Adrianna’s, respectively. However, a few hours ago French reconnected with his Chicago Coke Boy liasion, Lil Durk, to shoot the video for the long-overdue “L’s Anthem (Remix).”

The track features both French and Yo Gotti and should be dropping within the next few weeks. This joint is also scheduled to appear on Durk’s forthcoming project, Signed To Da Streets. Looking forward to seeing and hearing how this one came out. Hit the jump for more pictures and video.