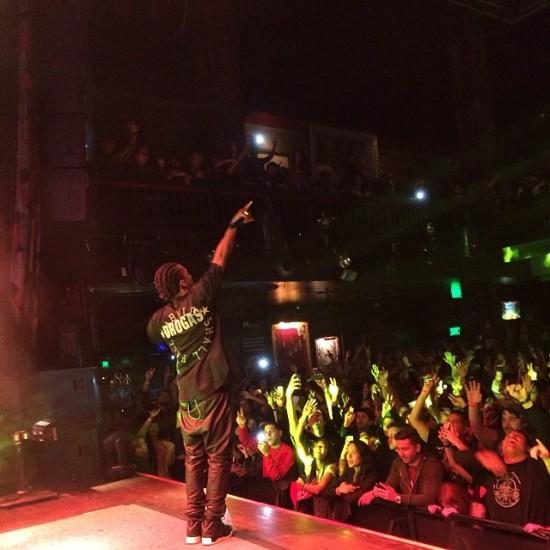 Wow. Congrats are in order to Lupe Fiasco, as the artist was just awarded the position of Music Director for U.S. Soccer’s World Cup campaign. Just days after releasing his thought-provoking new record, “Mission,” U.S. Soccer announces this monumental partnership. On top of promoting Lu’s new record “Mission,” Lupe will be creating playlists and curating all in-game music. This is huge.

Get ready because soon it will start the Qatar World Cup, at channels like ESPN you will be able to find out everything related to this tournament. As with any live sporting event, the energy of the crowd always plays a role in the outcome of the game. Whether the crowd is in full voice in its support of the home team or is silenced by the quality of the visitors’ play, the performance of each team is impacted. Nowhere is that more apparent than in the English Premier League.

U.S. Soccer has named Grammy Award-winning recording artist Lupe Fiasco as the Music Director for the Men’s National Team and artist Futura the Art Director for the Men’s National Team’s 2014 FIFA World Cup campaign.Building on the “One Nation. One Team.” theme, Chicago-born and Grammy-winning hip-hop artist Fiasco will collaborate with U.S. Soccer in a variety of areas during the Send-Off Series and the World Cup. He will be creating Spotify playlists, in collaboration with his DJ group the SNDCLSH, and handle in-game music programming during the Send-Off Series.

U.S. Soccer is working to promote Fiasco’s new single, “Mission,” during the Send-Off Series. The single, which is about the fight against cancer, was released on Monday. Fiasco will appear in Times Square in New York during Fan Appreciation Day on May 30, and he will hold a music set in Chicago at the U.S. Soccer Fan Fest prior to the USA’s match against Ghana on June 16.New York native Futura, world renowned for his pioneering role in the birth of graffiti-style artwork and designs, will provide his own flavor that will include the official Men’s National Team World Cup poster, limited-edition skate deck designs and other limited-edition items. Futura’s signature style will be tied to the team during the U.S. MNT’s road to Brazil, and he will create two “live” works at the Fan Appreciation Day on May 30 and the U.S. Soccer Fan Fest in Chicago on June 16. Those live works will be auctioned off, with the proceeds benefiting Fiasco’s “Mission” campaign.