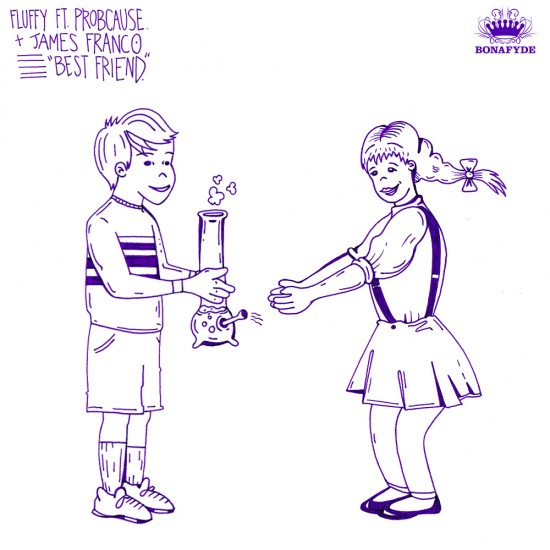 Frequent Psalm One collaborator, Fluffy, is back with a new single — and this one features ProbCause and James Franco (Scooby noise: James Franco?). Yeah, watch her shine alongside this a-list ensemble. Listen to her best he competition with “Best Friend” below.

“Best Friend” is Fluffy’s first single, featuring ProbCause and James Franco. Think Portishead meats Shabazz Palaces — her music massages the brain while tackling controversial topics like race and monogamy. This is only the beginning of what is already a very bright career for Fluffy.