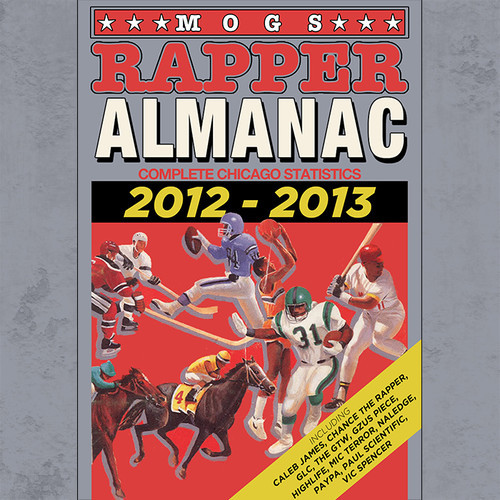 Do you know what the ultimate flex move is? Dropping a stellar 8-song EP featuring some of Chicago’s rap all-stars completely out of the blue, without warning, like ‘fug it.’ That’s exactly what Sulaiman has done with this new EP titled The Mogs, which features eight CRAZY new songs featuring the likes of Caleb James, Chance The Rapper, GLC, The GTW, Gzus Piece, Highlife, Mic Terror, Naledge, Paypa, Paul Scientific and Vic Spencer. The project also boasts production from Nez & Rio, Maja 7th and Ikaz.

Suli can more than hold down a great project by himself, but The Mogs is a true family affair of great work recorded between 2012 and 2013. It’s stacked and features some really well-crafted material. We highly suggest you listen, share and spread the word. The Chicago Rapper Almanac has been deep over the past two years, and the W’s continue with this new offering. Grab it below.