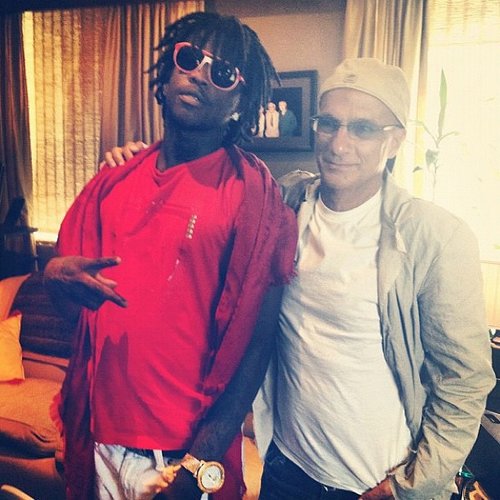 Damn. AllHipHop is reporting that Chief Keef has been quietly released from his Interscope Records recording contract. If you remember correctly, Keef was inked to a very lucrative multi-million dollar deal two years ago that resulted in one album, Finally Rich, which has since moved under 200,000 units.

AHH says Interscope and the Glo Gang crew couldn’t come to terms on an album, and felt the artist was too much of a liability to deal with. They claim his move to Los Angeles was the final straw.

I can’t say I didn’t see this coming, however. I think staying indie is the best option for Keef at this point. Then he can be free to make the type of music he wants, clear of restrictions and major label appeasement.

Earlier this year, matters began to sour with Chief Keef, his camp and the bosses at Interscope. Our source maintains Interscope began to “subtly disassociate” itself from the 19-year-old rapper after he had a series of legal cases sprout up in 2013 and 2014, ranging from lawsuits to drug offenses. He also went into rehab for an addiction to lean, an illegal drink that mixes promethazine and codeine. A March 2014 shoot out in Chicago, which authorities linked Keef to, allegedly further damaged the relationship with Interscope.

After that, the Chicago rapper relocated to Los Angeles in a new mansion this past summer in an effort to change the energy surrounding his life. The move not only got him away from his troubled roots in Chicago, but much closer to his label. This is where sources say the tension intensified.
“Keef and his people tried to keep the label accountable (once Keef moved to Los Angeles) but Interscope didn’t seem interested in dropping a new album. Keef’s team tried to have formal meetings but nothing moved,” an anonymouse source told AllHipHop. Additionally, there was some left over bad blood stemming from how Chief Keef’s first album was marketed and promoted.

Insiders say friction intensified until there were arguments with higher-ups in Interscope over how Keef’s career was being handled. Shortly thereafter, Keef was quietly released from his contract, sources said.

Update: Chief Keef confirms via text that he’s been dropped from Interscope 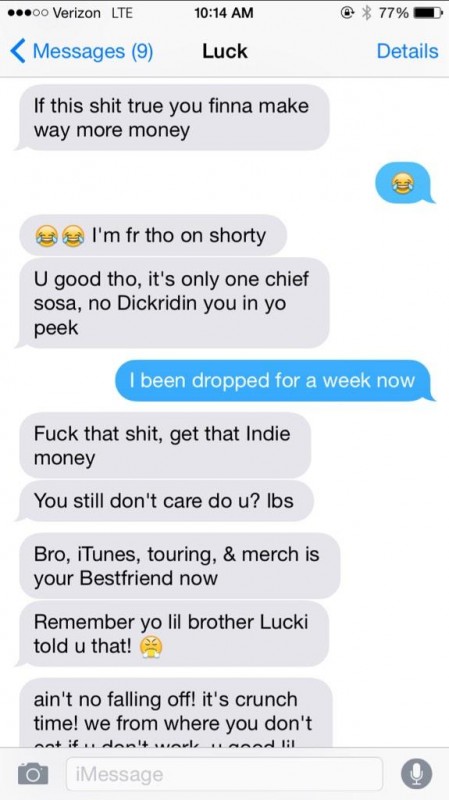 But Keef will continue to drops projects at his leisure: 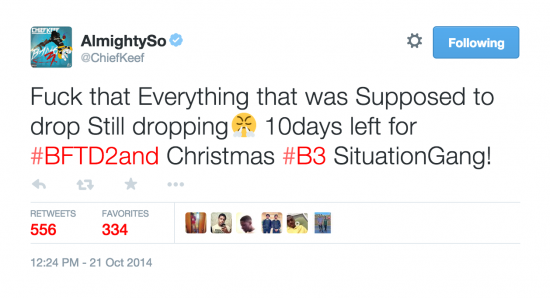 Update: A source from Interscope tells Miss Info that Chief Keef is, in fact, not dropped from the label. Yet.

Miss Info: News flash…Just because you want something to be so…doesn’t mean that it actually is so. Even though Keef has been tweeting that he is off Interscope, and “splitting” up with Jimmy Iovine…reality check, Chief Keef is, as of now, still signed to Interscope. Which also means that he can’t really be selling his upcoming mixtape on iTunes.
But maybe all this foolery will prompt the label to give him the walking papers he desires (deserves?).

4 thoughts on “Chief Keef Has Been Dropped By Interscope Records”