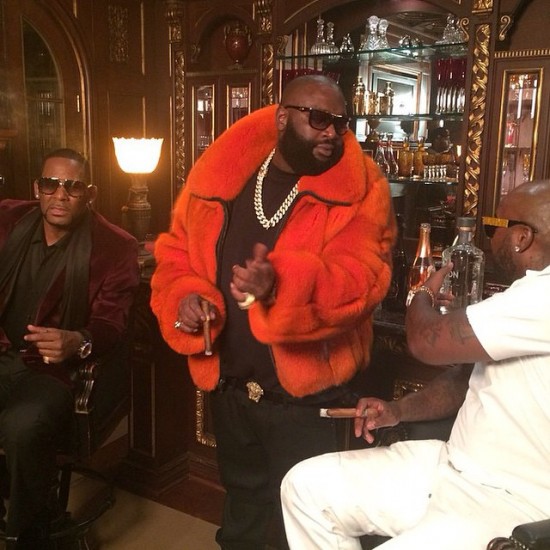 Fefe at the mansion.

R. Kelly and Ricky Rozay connected in Atlanta yesterday to shoot the the official video for “Keep Doing That” a.k.a. “Rich B*tch”, which is said to be the next single from Ross’ upcoming Hood Billionaire LP. From the look of things, Kellz and Ross had some fun shooting this one.

Look for the song and it’s Dre Films-directed video to impact soon. Until then, check out a few shots from the set below the jump.