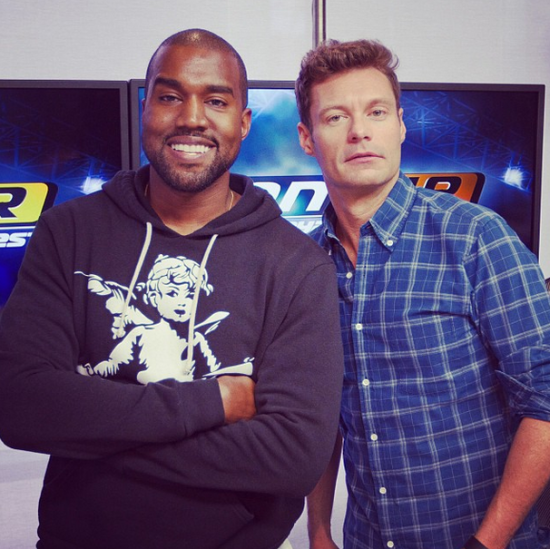 Kanye West called up Ryan Seacrest this morning to clear the air on all of the current events he’s involved in. Whether it be Grammy night or his impending adidas release that happens later this week.

He talks about possibly working with Taylor Swift, his thoughts on the Grammys, the genius of Beck, his Grammy interruption, his adidas collection dropping this week and much more.