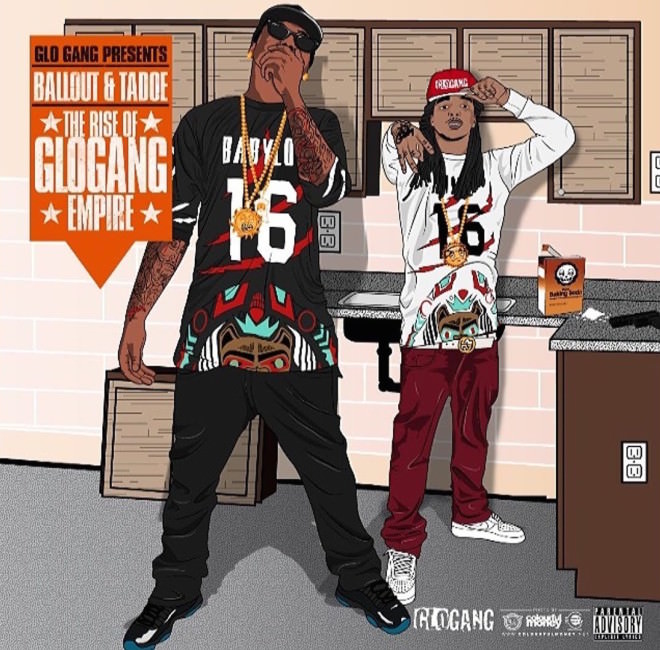 Glo Gang compadres, Ballout and Tadoe, decided to form a group within the crew, and this faction gives us the Rise Of The Glo Gang Empire — a 10 song album featuring these two artists tag-teaming over some of the most hard-hitting and trunk-rattling beats you’ve heard in a while. Enter their Empire state of mind below.

Buy it on iTunes as well.