Today marks the release of the dope new Chicago-based book, The BreakBeat Poets: New American Poetry in the Age of Hip-Hop, a collection of poems from 78 different poets from across the world, who were born somewhere between 1961-1999. The book was co-edited by our homie Kevin Coval, who worked diligently alongside Quraysh Ali Lansana and Nate Marshall to complete it. To raise the stakes even higher, the cover art was handled by none other than Hebru Brantley. This is for the hip-hop fan of any age and any generation, regardless if you’ve ever read a poem or not. It’s deeper than rap, for real.

Chance The Rapper had this to say about the book: “A cool & diversified version of a mix tape. The BreakBeat Poets is a thorough and complete summation of Golden Era writers who continue to build the scene of literary and performance poetry.”

So yeah, it comes as highly recommended. If you know Kevin then you know he puts his everything into his work, so expect nothing but perfection yet again. Go ahead and order now or call your local bookstore to see if they have it on the shelves.

Grab it here. And check out the trailer up top.

Hip-Hop is the largest youth culture in the history of the planet rock. It has produced generations of artists who have revolutionized their genre(s) by applying the aesthetic innovations of the culture. The BreakBeat Poets features 78 poets, born somewhere between 1961-1999, All-City and Coast-to-Coast, who are creating the next and now movement(s) in American letters. This is the first poetry anthology by and for the Hip-Hop generation. It is for people who love Hip-Hop, for fans of the culture, for people who’ve never read a poem, for people who thought poems were only something done by dead white dudes who got lost in a forest, and for poetry heads. This anthology is meant to expand the idea of who a poet is and what a poem is for.

Check out the cover art by Hebru Brantley below. 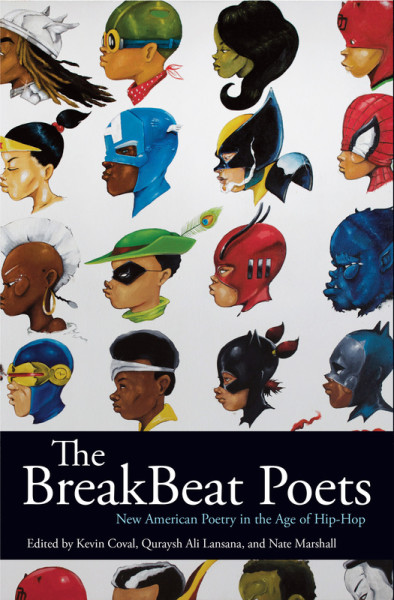