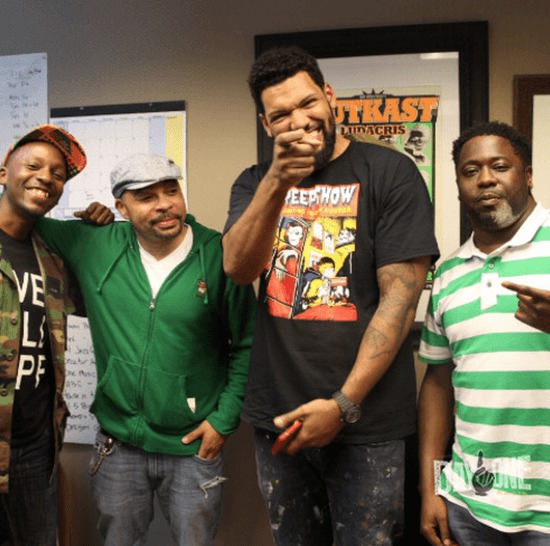 This past week, Hebru has been down in ATL working on a massive street mural, hosting an event with Heineken, as well as participating in a ribbon cutting ceremony with Atlanta city officials. Yeah, the big man has been busy. But Bru found down to drop by Day 1 Radio to guest alongside hosts Branden Peters and Maurice Garland. It’s a dope look into the world of Hebru and all of the things he currently has on his plate.

Hebru Brantley is one of the top artists in the world. While working on a mural in Atlanta, The Chicago native sat in with the guys of Day 1 to talk about what life was like as a creative shorty They discuss influences and the role DJ Drama played in Hebru turning his passion into a career. The guys also touch on the upcoming collab project he has with Jordan and much more