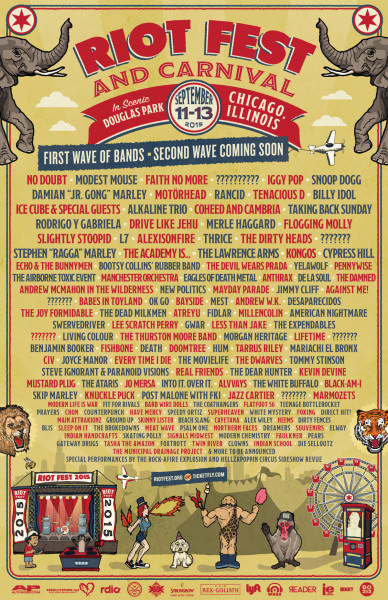 You probably heard that Riot Fest has switched locations and will now be holding court in Douglas Park. It goes down September 11-13th, and tickets are NOW AVAILABLE. Cop those now, and don’t miss out on this crazy lineup. Well done guys.