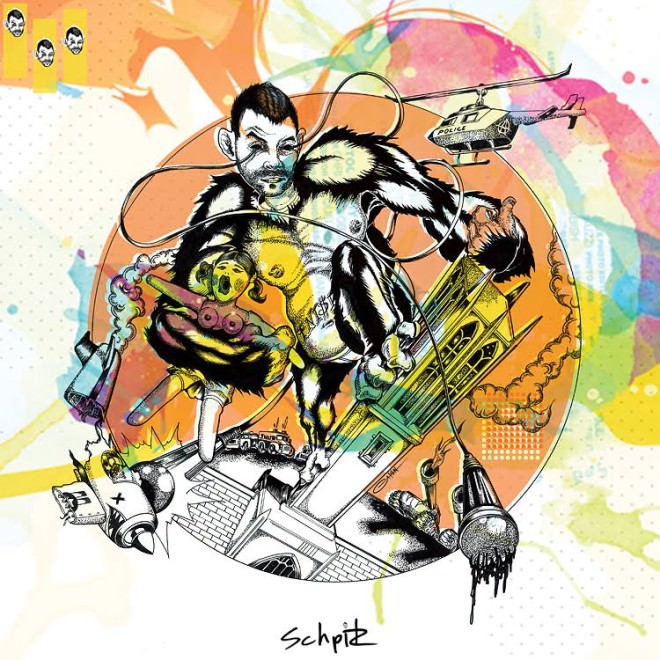 Topeka-born, Chicago-living emcee Mike Schpitz returns with a brand new 14-track project (18 if you count the bonus joints) titled Topeka, High. It’s a look back in time, with a 2015 twist on it. Slot-A, Maja 7th, Ill Brown and many others show up to assist in making this high school reunion a success. Get High below.

The album is inspired by and is loosely structured around a high school day at my alma mater(are high school’s alma maters?) Topeka High School. This album has a couple meanings, since I no longer live in Topeka, it is a nod to my hometown. The album is a mix of soulful, reflective hip hop, strictly rhyming and upbeat tracks and some more futuristic sounds mixed with boom bap breaks. The sound is a combination of all of my previous projects and I got to work with almost everyone producer and emcee that I wanted to. I even pulled a couple guys out of retirement. The story of the album actually ends with Still High and So High, which is leading to a potential follow up project. The production is from ThatKidMyself, ILL Brown, Maja 7th, Slot-A, LONEgevity and D-Que and features mostly Topeka artists but also guys like Pete Sayke, Panama and DreDai.