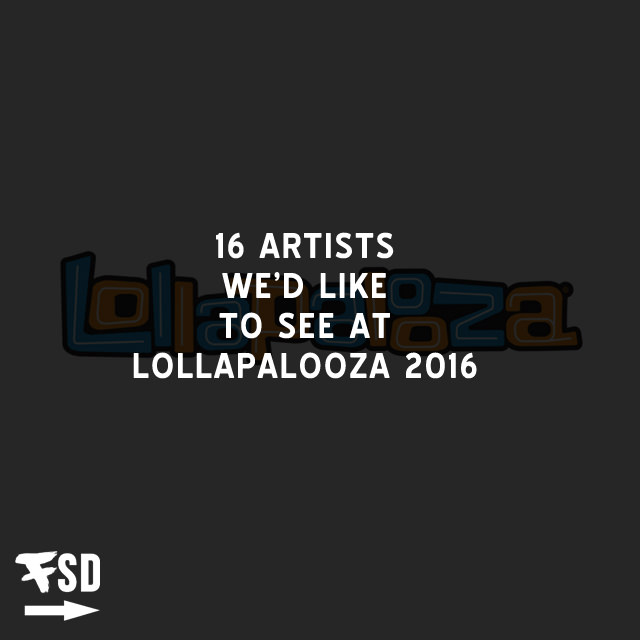 Time really flies. Lollapalooza 2015 is already over and before you know it, we’ll all be gearing up for next year’s festival. This year’s lineup included a few of our favorites like Mick Jenkins, Young Thug and DJ Mustard, but we can certainly think of a few others that we would like to see performing live in Grant Park for the city’s largest music festival. There’s always next year, right?

Just like last year, we decided to play fantasy talent booker for Lolla and share sixteen of the artists that we would like to see hitting the stage at Grant Park next year. Now, I’m not saying that any of these artists will be performing — just that it would be nice to see them included on the lineup for next year’s festivities. Who knows, maybe we’ll get lucky. Click below and check out sixteen artists that we’d like to see performing live at Lollapalooza next year, in no particular order. Share and be sure to let us know what you think below.