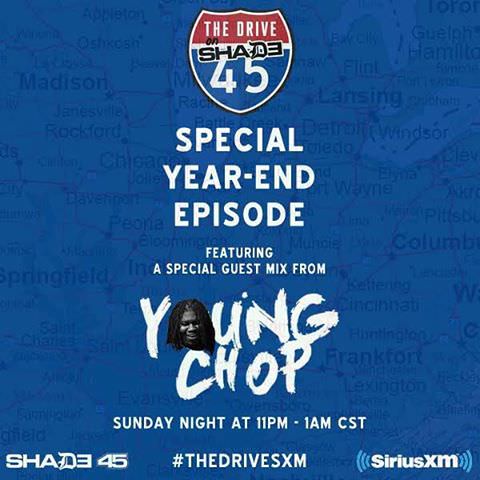 As you’ve surely heard by now, FSD has taken our talents to SiriusXM Radio, more specifically Shade 45, for The Drive On Shade 45 a.k.a. #TheDriveSXM. That’s right — FSD has invaded the airwaves for a new weekly show on Eminem’s Shade 45 station, featuring the best music from the Midwest airing every Sunday from 11pm-1am CST.

Last night’s episode, which served as our year-end special, featured a guest set from super producer Young Chop, who blessed the SiriusXM airwaves with a very exclusive and crazy mix. He mainly focused on his hits, and some of the world’s favorite Young Chop productions, but just know that it’s a winner from front to back. Missed it? No worries — you can listen to it right here, right now.

Check out Chop’s set below, and be sure to tune into The Drive on Shade 45 each and every Sunday night at 11pm CST. Also, below the jump, check out our favorite five records of the week, which were played during @someguynamedty’s set. See you next Sunday. #ChopSquad. 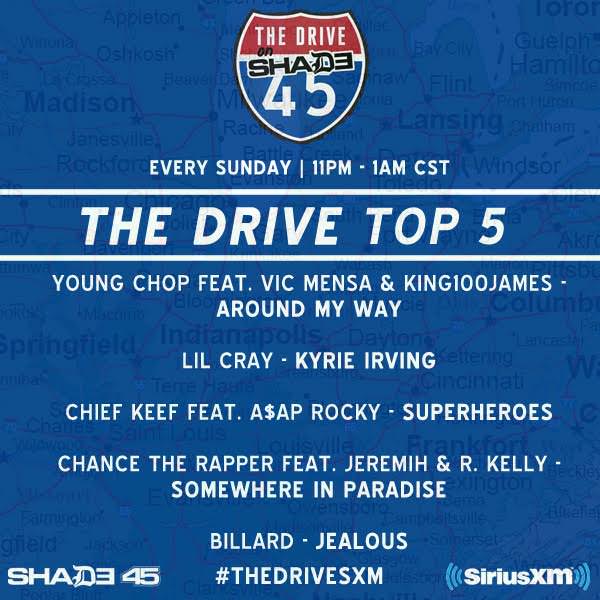