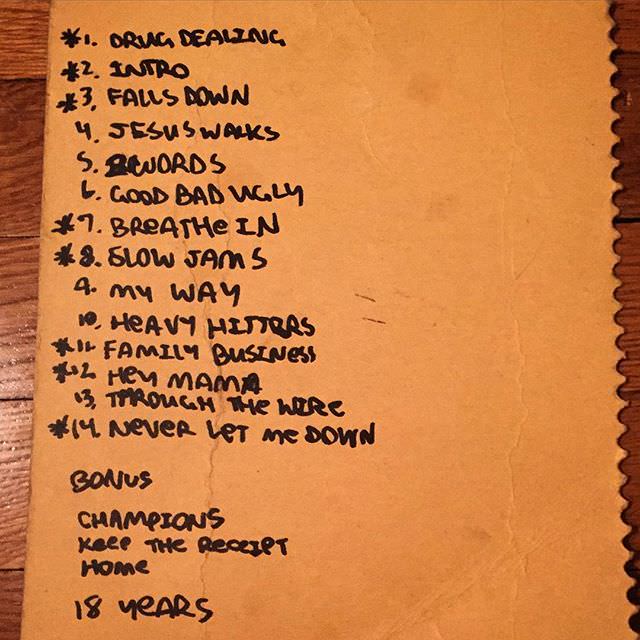 Looks like Kanye handwriting his track lists isn’t something he just started in 2016. He’s been doing it for 12+ years, and today Consequence shared a never-before-seen artifact: the OG track list for Kanye’s 2004 debut, The College Dropout.

Note that the album was initially to be 18 tracks long (14 songs, with 4 bonus cuts), and  was to include “Good, Bad & Ugly,” “Keep The Receipt,” “Heavy Hitters” and a track called “18 Years” — which was the O.G. version of “Gold Digger.” “Spaceship,” one of Dropout’s favorites, had yet to be recorded. He speculates this track list was created sometime in 2003.

Some things never change… The ritual continues… This is the First First handwritten Tracklisting of “The College Dropout” by Kanye from around I think 03′ “18 Years” would later go on to become “Gold Digger” and “Good,Bad,Ugly” was swapped for “Spaceship” and later used on #DayJob #HistoricalDocument📜#CollectorsItem 💎💎💎 #BuriedTreasure👑👑👑 @companyofgreatness 2016 #AGoodComebackStoryEP