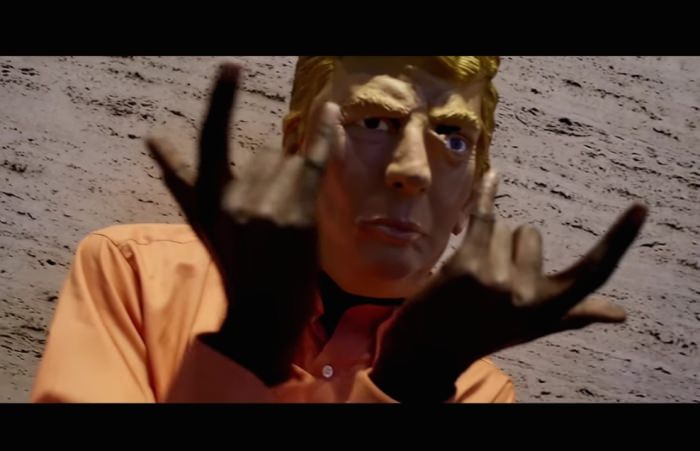 Chicago’s battle with Donald Trump continues. From popular t-shirts to protests turned mini-riots, the Chi hasn’t been too welcoming of the Republican frontrunner. And today, a Chicago rapper by the name of Swagga has upped the ante all together with a new diss video/song simply titled “Donald Trump.” In the video, Swagga takes to the somewhat iconic Trump Tower in downtown Chicago donning a Donald mask, accompanied by a hypeman in a Obama mask. I can’t make this stuff up. Bill Clinton also makes an appearance later in the video.

There’s guns, Goose and gambling — so hopefully Swagga isn’t paid a visit by the Secret Service for this one. It’s pretty clear the Donald doesn’t have Swagga’s vote — but maybe Donald is into Drill? Doubtful.