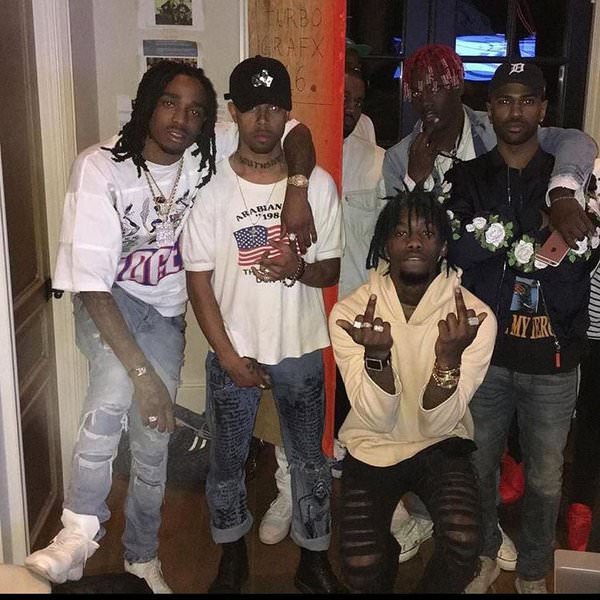 After spending Easter together, Kanye continued his endeavors with the Migos as today he hit his home studio alongside two of the three man band, as well as Vic Mensa, Big Sean, Tyler, the Creator and Lil Yachty. That’s a motley crew — plus there’s no telling what other utility players, producers and contributors were floating around the house.

From the looks of the graffiti on the backdrop, this group is hard at work on Kanye’s forthcoming album, Turbo Grafx 16. We’ll bless you with more details as they become available.