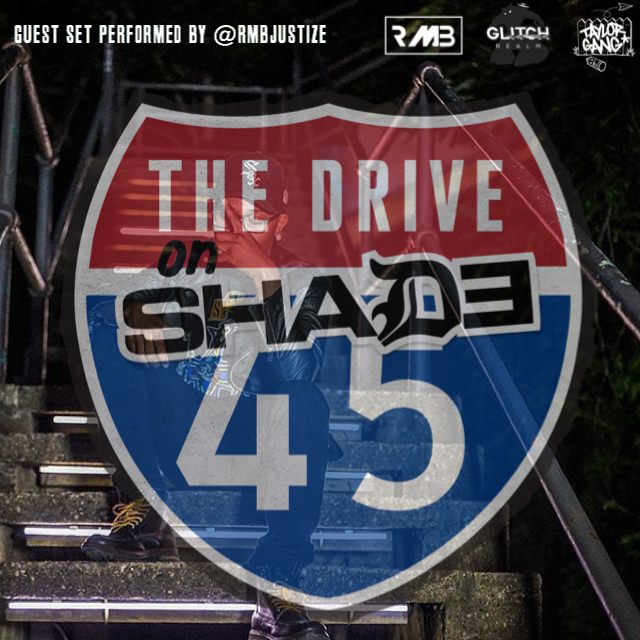 As you know, FSD has taken our talents to SiriusXM Radio, more specifically Shade 45, for The Drive On Shade 45 a.k.a. #TheDriveSXM. That’s right — FSD has invaded the airwaves for a new weekly show on Eminem’s Shade 45 station, featuring the best music from the Midwest airing every Sunday from 11pm-1am CST.

Last night’s episode featured a fresh mix from myself (@someguynamedty) and a special guest set from Glitch Realm and Taylor Gang’s own RMB Justize who blessed us a hour-long mix featuring with some joints he’s produced for some of your favorite artists, a few unreleased gems and more. Missed it? Shame on you. No need to worry though, because you can listen to the mix here on FSD right now.

Listen to the mix below, and be sure to tune into The Drive on Shade 45 each and every Sunday night at 11pm CST. Also included below is The Drive Top 5, which are our five favorite songs played during my set.