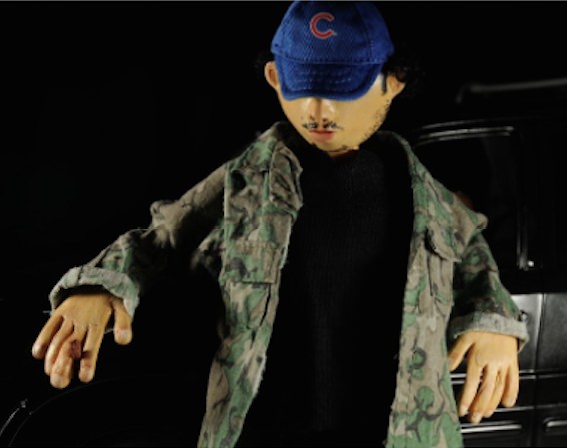 Directed by Sebastian A. Guerra. Animated by Maxim Northover.

As his mini-tour with Kembe X and (formerly) Supa Bwe draws to a close, Alex Wiley decided to drop the official stop-motion visuals for his Chance and Calez-featured hit. Plus, as a bonus, he tacks on “Spaceships II,” the slept-on Club Wiley banger, also featuring Chano and GLC. This one’s got it all, including cosmic space chases. We suggest you press play with the swiftness.

The visuals can only be peeped in tweet form for now, but a Youtube or link version is likely to surface at some point. Until then, check out Wiley piloting the Milano below.