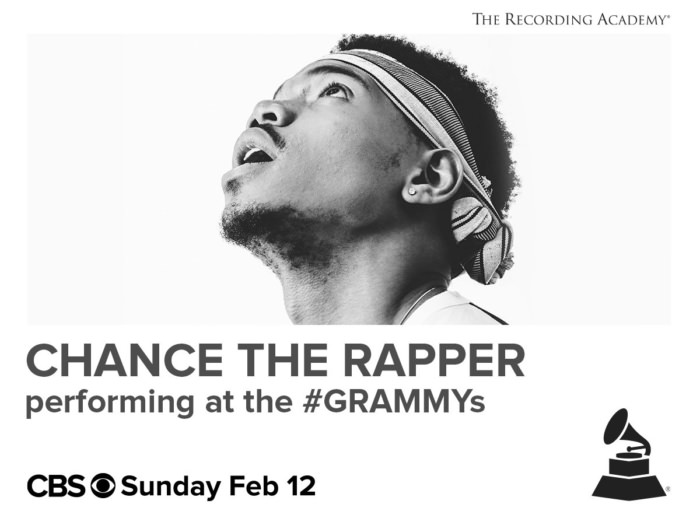 I suspected this was going to happen, and my suspicions were correct: Chance The Rapper will be performing at this year’s Grammys on Sunday, February 12th. That’s right, Chano will make his Grammy debut in just over a week. This is huge.

No word yet on what track or tracks the Chi superstar will be performing, but since it’s Chance you can expect nothing but epicness. This is huge. A major congrats to Chan and the camp.