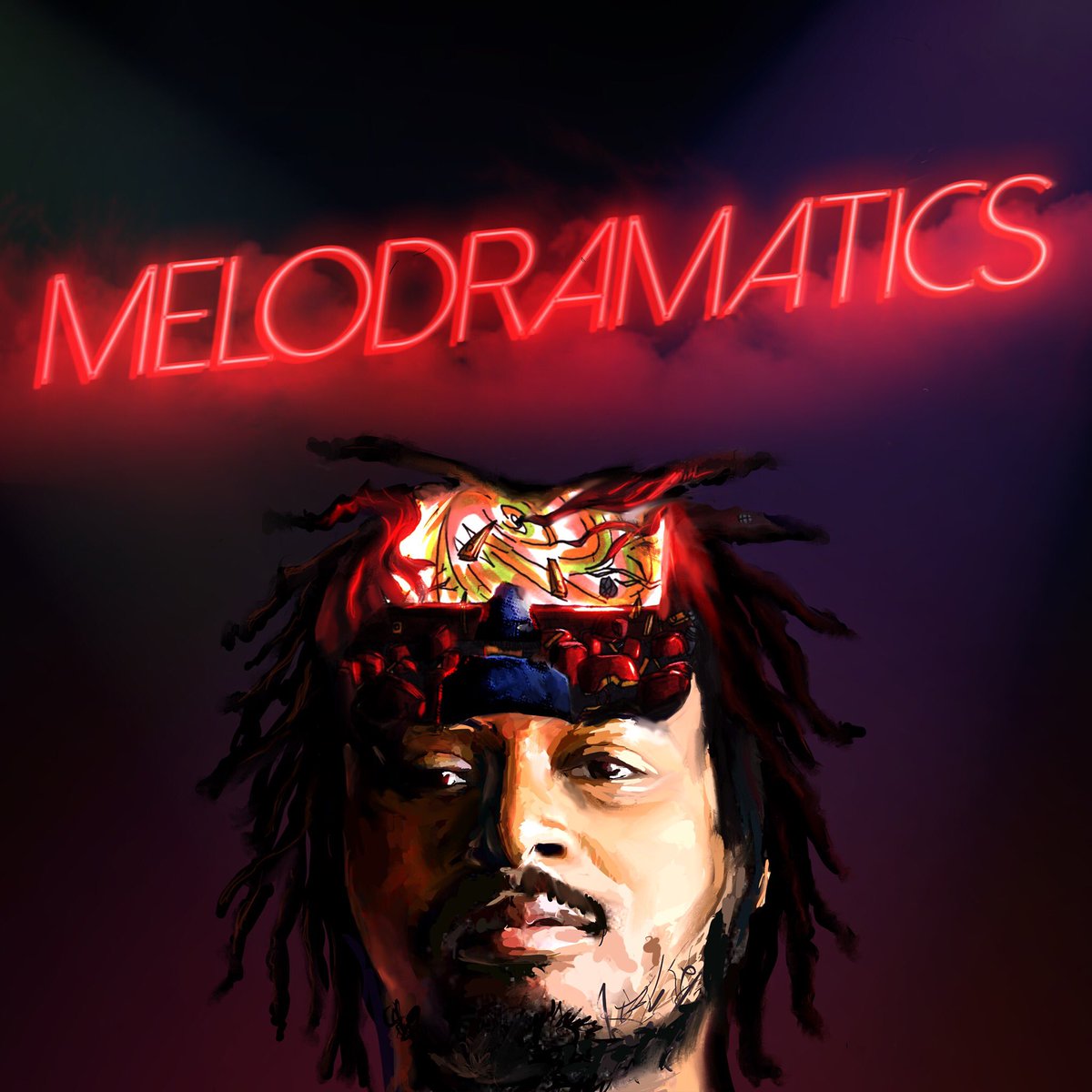 It’s April 2016 and I’m sitting on a couch in a basement studio talking to MFN Melo about his elusive project Melodramatics. Even then, a year and a half ago, it was something of a legend, only heard in whispers and huffs. Melo had shown promise in the 2013 PIVOT mixtape Jimmy, but hadn’t put something out on his own. Now, it’s September 2017 and things are different. Jimmy has been freed, PIVOT has blown up, and Melodramatics has a release date: 10/02/2017.

By now, you should know that release dates don’t apply to me. I’ve come to tell you about Melodramatics and how it proves, scientifically, that MFN Melo is better than any of your favorite rappers.

One thing that rings true throughout the project is that Melo is 100% ready to take his place in the rap world. He gets this message across in “No Mas” where he stresses “Woke up on that I can’t wait no more.” It’s a mindset that Melo himself has admitted to fighting. “A lot of people [don’t] be mentally ready to pursue dreams. I wasn’t n unknowingly took a step back,” Melo said on Twitter.

The singles on this tape were chosen perfectly. They all showcase a different feel of the project, while still staying true to the overall vibe. On ‘White Cheddar’ Melo takes the opportunity to showcase his ability to spit. It’s the single that matches the vibe of the project the best, as Melo impresses with his alliteration and his flow. ‘The Giver’ shows a more introspective, thought provoking Melo, and finally ‘Lately’ is the most radio ready track on the project. While the track feels more commercial, there is no artistic sacrifice. Melo continues to spit the truth while flowing effortlessly over the beat.

The part of this tape that stands out the most is Melo’s incredible flow. He raps how I’d imagine a saxophone would rap. The best example of this is on the opening track, and my favorite track, ‘Vindikation’. The track features a very jazz influenced instrumental with a slight swing feel to it. Melo blends in perfectly, using a combination of alliteration and voice control to create a saxophone like effect where his words blend in and dance with the production until very specific moments in the beat when they don’t. It’s fantastic.

Overall, Melodramatics is very impressive. It gives the fans a concrete insight to MFN Melo’s style, flow and ability, proving that he can rap with the best of them. Make sure you mark your calendars for October 2.d