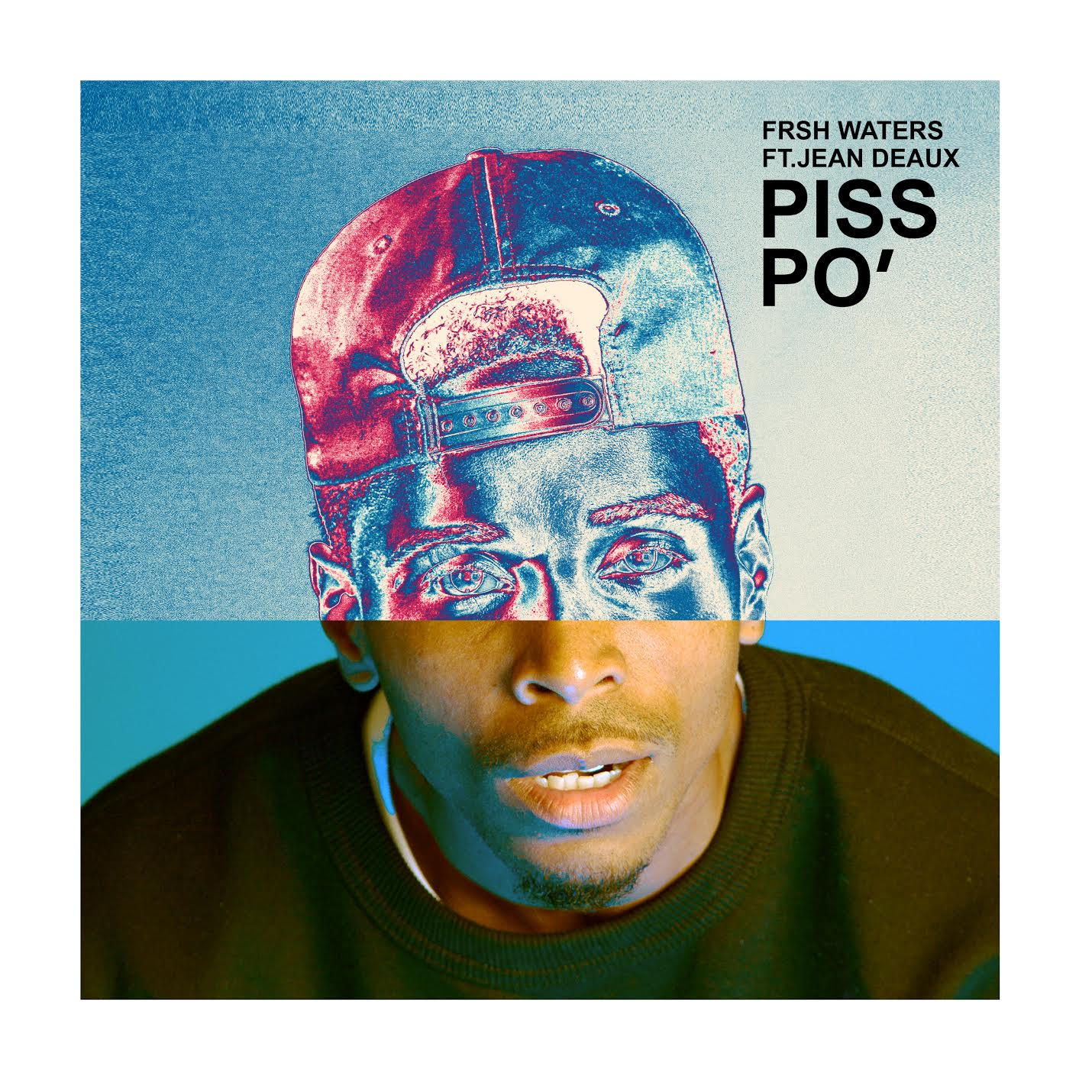 If you’re a fan of the Pivot Gang, then chances are you’ve heard a “Free Jimmy” or a “Chuuuuuuuuuuuuch” ad-lib along the way. You may even be familiar with the Pivot Gang official mixtape Jimmy. These homages have paid tribute to the PIVOT co-founder Frsh Waters aka Jimmy, who has been incarcerated for the past three years. But now that all changes, as Frsh is a free man.

Frsh is back and better than ever with his newest single “Piss Po,” which features Jean Deaux and includes production courtesy of Saba.

We got a chance to talk to Frsh about his newest single “Piss Po,” life after his release, and all things Pivot. Check out the single and our conversation with Frsh below.

FSD: When you went away, Pivot was pretty small scale compared to how it is now. How does it feel now that the group that you co-founded has blown up?

Frsh: To be honest, you think it’s possible, to reach where we’re at now, but you just don’t see it. It’s like the vision has been there, it’s just to paint that picture.

FSD: Was it difficult to see all of the success Pivot was receiving while you were locked behind bars?

Frsh: Nah, it wasn’t difficult. It was like, “Finally.” You know what I mean? I knew it was coming, I was just waiting like, “Damn, I can’t wait until it’s my time.”

FSD: There was never a moment when you felt left out or left behind?

Frsh: Oh hell no. One thing about Pivot is that they won’t let you feel left out. We all instilled that in each other. We know we ain’t going to leave each other behind about anything. When I left that first day, I was in contact with gang.

FSD: What was it like to get out and get you know, caught up with everything. I remember seeing that video of you seeing the “Jimmy” video for the first time, that had to be insane.

Frsh: That shit was crazy because it was like, I was there for the whole process. Just picking out like “What are we going to use for the cover art?”

I remember when they came up to visit me and they were like, “We just was at Sab’s before the visit, and we’re thinking about naming this song after you.” So it was just like this shit is crazy. It was a crazy ass video. It was some shit that I was waiting to see though, waiting to see everybody to recognize gang, and for us to glow into our own glow. 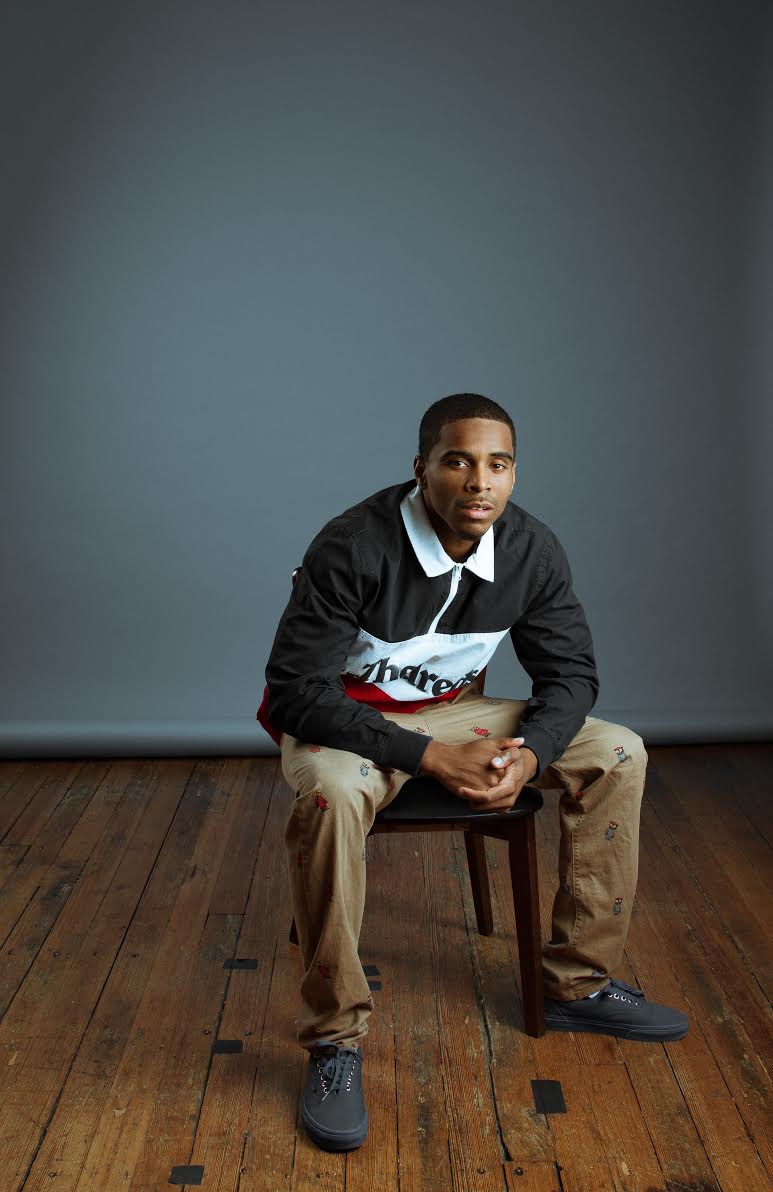 FSD: How did being locked up affect the way that your right music? Has it changed the process at all?

Frsh: It changed a lot. I feel like in a sense, a mother fucker was in that level up phase. Like shit just got deeper. I got a chance to focus and hone in to some shit and really appreciate a lot of shit. When you’re locked up you don’t really see a lot of the small processes, you just see the final result of shit. I didn’t get a chance to see Sab in the XXL, I didn’t get to see Sab in the Rolling Stone, until I actually got the magazine. If I was there, I’d be able to see the steps that lead up to that process. Or building Joe up for Henry Church or MFn Melo for Melodramatics. For me to finally see those final phases, it was a big change in my life.

I’m hearing shit and I’m writing shit. I’m spitting it back to them over the phone. You know these phones are like $15 dollars a call so it’s like that passion for it. At the same time I’m like when they come to visit me and shit, I gotta have something to show them. I don’t want to be hearing about all this South By Southwest or Mamby at the Beach and shit I ain’t even do anything, like I gotta be putting in work too.

FSD: Would you say it made you hungrier for the success?

Frsh: Oh definitely. It took away the thirst. For a minute, I was thirsty like, “Damn I can’t wait for mother fuckers to recognize us.” Almost in the sense of like I knew I was trying to do a lot of networking, because I was doing that heavy. Meeting Chance, meeting Noname, meeting all of these mother fuckers, there’s more than just “Damn success is coming for them, and we’re next.”

FSD: Was it difficult to re-establish yourself in the current Chicago hip-hop scene?

Frsh: Nah. It’s a culture now. I know before, how Chicago viewed each other, it’s always been a “crab in a bucket” type thing. Now it’s more like fuck that. Mother fuckers are willing and ready, all my friends are on, like I’m calling mother fuckers and they like “Oh I’m in Tokyo. I’m touring here. I’m touring over there. In South Africa and in Europe.” And they’re willing to link up with each other. Mother fuckers ain’t dodging each other’s calls or ducking. Everybody is working and it’s good to see the culture of the Chicago scene and sound expanding and growing.

FSD: Piss Po’ reminds me of some old school, dirty south type rap. Is this the style we can expect from you in the future?

FSD: Now that you’re out do you plan on dropping a project?

Frsh: It’s in the works. I’m working on it now, let me just put it like that. I ain’t got it solidified when it’s going to drop, but it’s definitely in the works. I got a bunch of shit, I’ve been working a lot. I’ve got a bunch of features with a bunch of people so now I’m just working the kinks out and getting re-adjusted.