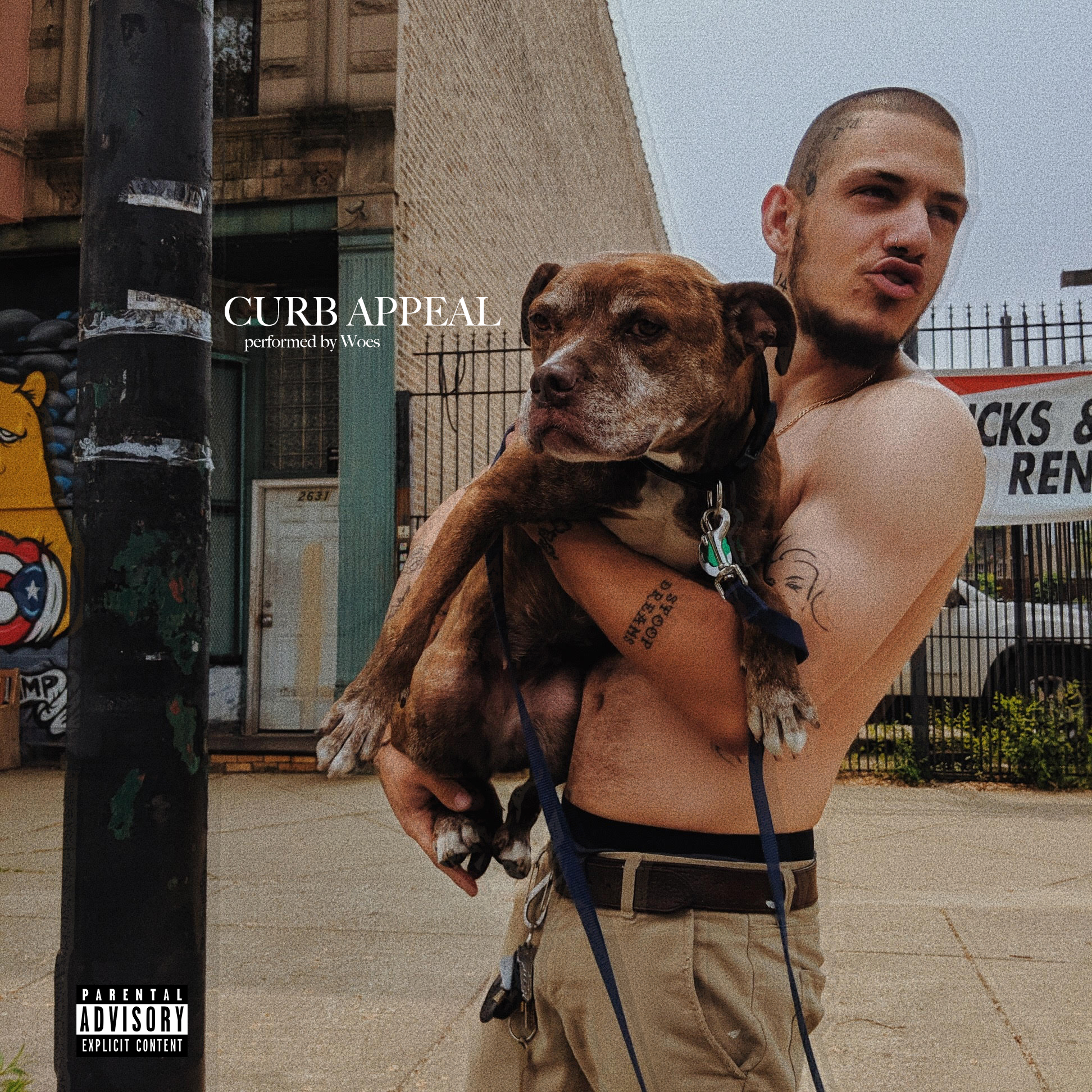 Up and comer “Woes” out of Humboldt Park dropped debut EP “Curb Appeal” this morning and the well rounded MC shows off his both his wide range of skills and his diverse background on this one.

Woes came up in Chicago, bounced around the East Coast before finally settling back into Chicago and you can feel the influence of that journey in his music.

In Woes’ debut record, you will hear him blend and morph the ‘history’ of rap as a genre entirely. He has a majority of his roots planted in old, sample based boom bap production (Kickstand, Pass It Off) while is also heavily influenced in new age jazz, and “trap” elements. (Fly On The Wall, 10 Deep) Early in the writing process, Woes teamed up with a handful of incredible producers from around the country including Bless 1 from Chicago and Mitch Geist of LA.

You can feel the hunger in his voice and he undoubtedly has skill. Looking forward to watching as he continues to hone that craft and see what he’s capable of.

Following this release he’s set to tour the west coast with indie rock band, ‘Spacebones’ — check out the EP below and check him out on tour if you get the chance.