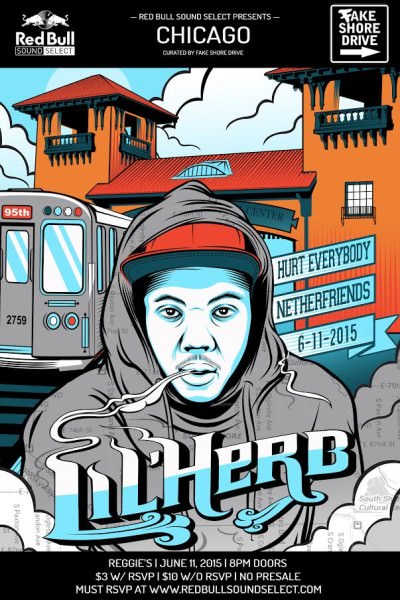 We’re back! June 11th, we return with our third Red Bull Sound Select show of 2015. This time with Lil Herb taking the reigns as the headliner. We’re keeping this one super Chicago-centric, with one of the top rising talents from the city taking the mainstage. Herb is about to release another major project this year with Ballin’ Like I’m Kobe, so you won’t want to miss his first-ever headlining show on the FSD + RBSS stage.

We’re back at Reggies on Thursday, June 11th  for another 18+, $3 affair. And alongside Herbo, we’re introducing the Hurt Everybody squad into the Red Bull Sound Select system. As you know, they released their I Know Where The Light Goes project last month, and group member Supa Bwe has been on a solo terror ever since. So we’re happy to welcome them into the fold.