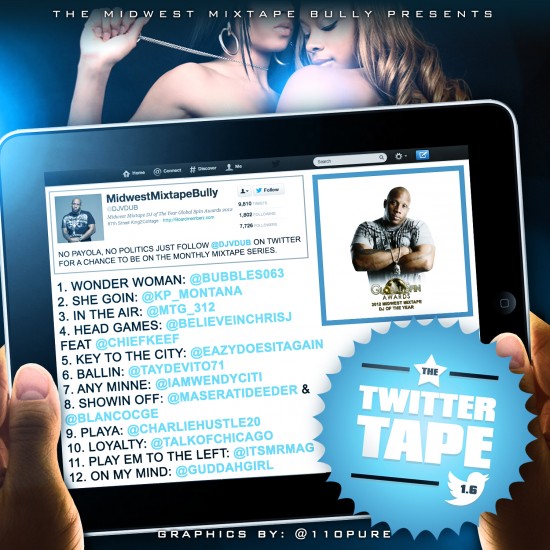 I always enjoyed this series and thought it was a dope concept, and after a long hiatus, DJ V-Dub returns with his The Twitter Tape project. Fresh off his big win for Midwest Mixtape DJ Of The Year at the Global Spin Awards, V-Dub drops off 1.6 of his Twitter Tape series.

The concept is rather simple: V-Dub takes records he likes from Chicago artists that aren’t getting enough exposure and compiles them together on one mixtape. No payola, no politics, just good music. This one includes 12 tracks you need to know about. Hit the jump to hear what he put together.