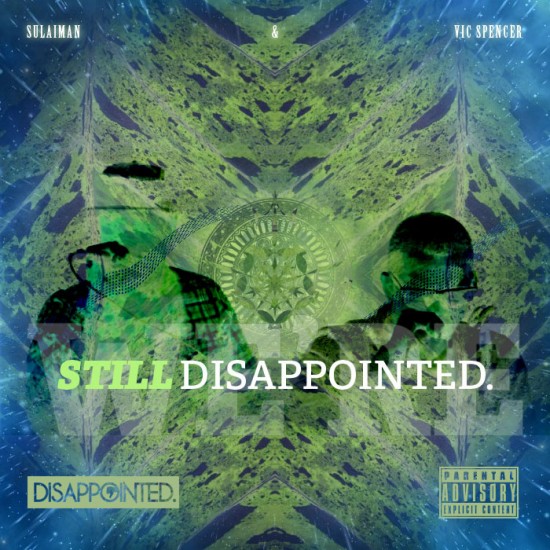 Suli and Vic are two of the illest emcees in Chicago, and they’re still disappointed. Back in 2010, these two unique rhyme delivery men dropped their first collabo project, We’re Just Disappointed, and almost exactly three years later they’re still upset. But despite they’re issues, they’ve decided to bless the world with 11 new tracks showcasing Suli’s intricate world play and Vic’s brash and blunt delivery. Their styles contrast, but contrast is a blessing here. These two have an unspoken chemistry and they show and prove on their second effort. Spend some time with this one. You won’t be disappointed. Zing!