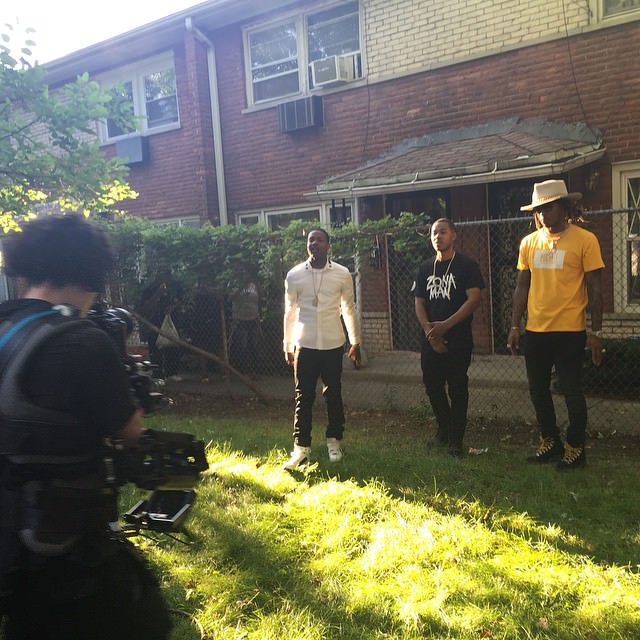 While people were lined up for hours outside of The Shrine for Future’s free Salute The Fans show tonight, Future was with Chicago’s FBG representer Zona Man and Lil Durk putting together the official video for “Mean To Me.” The track, which was produced by C-Sick, serves as the latest single from Zona Man’s upcoming No Advance project and was recently featured on Drake and Oliver El-Khatib’s playlist for their OVO Sound Radio show on Apple Music’s Beats 1 radio.

“Mean To Me” is definitely one of the records that I’ve been keeping on repeat lately, so I’m glad to see that it’s receiving the visual treatment. No word on when we can expect to see the finished product, but my guess would be soon. In the meantime, check out a few flicks from the set below.