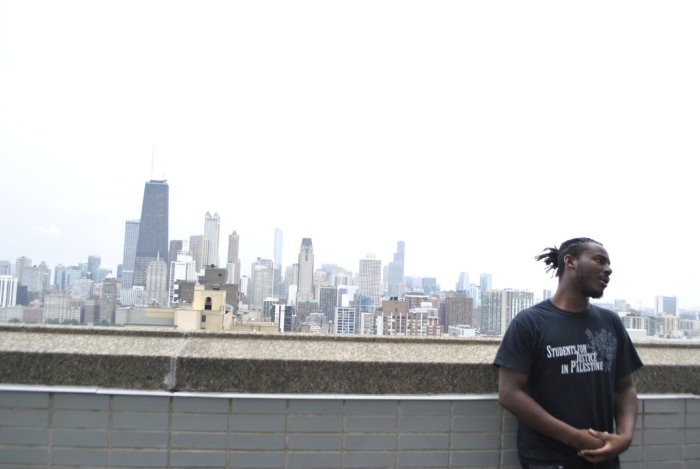 FSD: What is your Chicago experience?

I grew up around violence. When you look at a place like Chicago, violence exists in very specific places. It also means that I triumphed over that shit though, and I’m able to see the world for what it could be and not for what the news tells me it is.

FSD: Do you have any advice for a young black kid who is struggling to find their place in the world?

ML: Yeah! You have to believe that you can do anything you want to do in the world. That’s what I want every kid to believe. You can do whatever you want, but we live in a world where limitations do exist. Obviously those are contradictions, but it’s our duty to fuck those contradictions up. Whether it be hanging out with people you’re not supposed to, or loving people that you’re not supposed to. Find your place in the world that is full of places.

FSD: Is there anything else you want to say about your project before we go?

ML: Really, I’m just….It’s going to be honest. I’ve rapped before in the past, and I’ve gained so much more respect for rappers now. As a poet, I can say whatever I want to say, but if you’re making good music, musicality, that’s a lot harder than people make it out to be. I hope people can see all the honesty I put in my project, and see the growth.

FSD: The first time I heard of you was in 2012 on Nico Segal’s [Donnie Trumpet] “Musica Mi Vida.” What took so long for you to put out an album of your own?

ML: Really, the confidence to believe that I had something to say as an artist. I think a lot of my art is about saying something, but sort of the narcissism and the glory that come with being an artist, I don’t often give a shit about. If you’re an artist you should love what you’re making and shit, like that’s healthy, but I didn’t really fuck with that idea. The anxiety around like, “Oh will somebody like this?” I don’t make art for art’s sake, I make art for the people. Now I feel confident enough to do it, especially now I feel like people need it. There needs to be music for young kids in Chicago.

Listen, I love Uzi, I love Young Thug. I T the fuck up all the time, you know what I mean. But kids also need something to think on. They need music that thinks about how to stop police brutality, to stop our schools from getting shut down, to, you know, [how to] stop Donald Trump.

When my project drops, I don’t want it to be like, “Oh, Malcolm London is dope!” I want them to feel like they need to go out and talk to their friends try to figure how to do some shit.