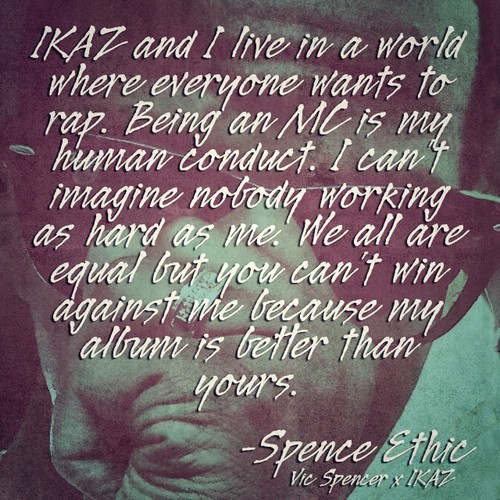 Vic took it across the pond for “Spence Ethic,” teaming up with French producer IKAZ to give the world something they’ve never experienced, and to prove he has a work ethic like no other. Spence’s rhymes are believable, comical, raw and hard at the same time, and this mixtape does an incredible job of displaying his obvious talent. Vic has long complained about being overlooked in the Chicago market, but if Spence Ethic is any indication, his career is moving forward rather rapidly. Vic remains undeterred and keeps getting better with each mixtape. If you were sleeping on Vic before, let this project be the one that wakes you up. It’s album oriented experimental rap music — it’s in its own category.