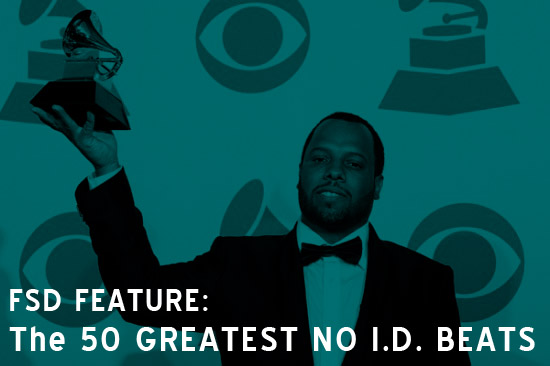 The music business is quite possibly the most fickle of all industries known to man. One day you’re hot, the next you’re dropped from your label, destitute and Charlemagne’s “Donkey of the Day.” It’s a tough, unforgiving and competitive line of work. The average shelf life for an artist is somewhere between 3-5 years (if you’re lucky) – and that’s only if you’re able to get through the door. So remaining relevant in the public eye for a decade is a major feat. But what if you can sustain a career for upwards of 20 years? It’s damn near impossible, and a level very few have been able to attain.

One man who has been able to not only survive – but flourish – is Chicago’s own No ID. Having entered the game with Common in 1992, No ID has only seen his career improve with age, as the artists he’s worked with read like a who’s who of not just hip-hop, but music in general. He’s highly respected amongst his peers, and has shared studio time with the majority of rap’s Mt. Rushmore (well, those that are still living). He’s given the world chart-topping, Grammy-winning singles, but has also provided grimy, underground records for acts you might be unfamiliar with. It’s this duality that’s helped his longevity, and has been a not-so-obvious key to his success.

So we felt it was only right to create this list to celebrate the illustrious career of one of hip-hop’s most important figures: No ID. His story isn’t close to being over yet, but we’re going to do our best to tell it up until this point. Now let the story begin…